Edward “Ned” Francis Smith, Sr., 91, of Greenville, Delaware (formerly of Hockessin) passed away on Friday, February 19, 2021 at his residence at the Country House.  Born in Cohoes, New York, he was the youngest of six children of the late Samuel and Mary (Monahan) Smith and was a graduate of the Christian Brothers Academy in Albany, NY, Manhattan College in New York City, and Albany Law School in Albany, NY.

Ned worked with the New York State Chamber of Commerce for a number of years before accepting a position with the DuPont Company to head up the company’s Governmental Affairs division.  He relocated the family to Hockessin, DE, where he lived for 39 years.   He was an avid tennis player and enjoyed opera, as well as playing the piano and singing.  Ned also dabbled in acting and played the role of Bellamy in a Wilmington Drama League production of the musical “The Fantasticks”.

Ned was a devout Catholic his entire life and was an active parishioner at Saint Mary of the Assumption Church throughout his time in Hockessin.  At the young age of 44 years old, Ned had a grave stroke leaving the left side of his body severely paralyzed.  Although he could no longer enjoy tennis and playing the piano, he refocused his activity on playing and teaching chess, as well as his faith. 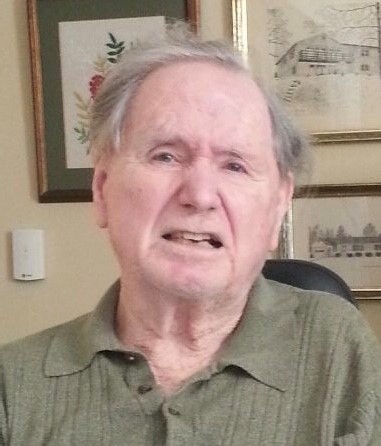 Mass of Christian Burial will be celebrated Wednesday March 10, 2021 at 11:00AM at St. Mary of the Assumption, 7200 Lancaster Pike, Hockessin, DE 19707. Inurnment will follow at St. Patrick Cemetery in Ashland.

Frances Culgan writes,
Ned and I were close companions for 30 years. We had great trips together and enjoyed visiting his family in Virginia. I was able to visit him at the Country House until the past year. I treasure all the special memories and will also miss the flowers he sent on every occasion. My love and sympathy to his family. Frances Culgan
Edward F, Jr. Smith lit a candle and writes,
Nice man, good father, excellent provider
Edward F, Jr. Smith writes,
Time spent with father is the best of my life. Shared a love of mother. Dad's wife my mom. Both are sadly missed.
Margaret Culgan lit a candle and writes,
Ned was a devoted friend to my mother for 30 years. He brought joy and excitement to her life. He had a big personality which was sure to add a spark to every gathering. I remember so many good times laughing and arguing over controversial topics with Ned. I’m sorry that I do not play chess. I would have loved to have had the opportunity to play chess with him. May the angels lead him into Paradise.
Jeffrey Culgan and Diane Stirrat writes,
In addition to being a great friend and companion for my mother, Ned was a welcome addition at our family gatherings, and could tell a good joke too! He had a generous heart and a gregarious disposition, but did not mince words nor suffer fools gladly, so it helped to keep your wits sharp around him. Or, as he would say "Pay A-T-T" (Pay Attention!) We will miss him.
Edward F, Jr. Smith lit a candle and writes,
Enjoying the time reminiscing. Dad was a good guy worth remembering fondly. I think he would be proud of the service provided. Needless to say James enjoys getting his money's worth!!! Bye -bye Daddy