Dr. Nicholas Pappas passed away on Tuesday, July 6, 2021 at the age of 90. He is survived by his wife Dorothy, his four children Thalia, Christopher (Susan), Gregory, and Nikki (James), nine grandchildren Lauren (Tommy), Christine (Lukas), Joseph, Michael (Eleni), Nicholas, Dean, James, Eva, and Rachel, and a great granddaughter Naya. He is remembered as an accomplished business leader, a dedicated contributor to the Greek Orthodox Church, a pioneering champion of workplace diversity and environmental causes, and most importantly as a beloved husband, father, grandfather and great grandfather.

Dr. Pappas was born in New Jersey in 1930 and his family moved to Bridgeport, CT in 1937. He and his brother William were raised by Greek immigrant parents with a very strong work ethic and sense of humanity.   He married his childhood sweetheart, Dorothy Demont, in 1953 and they remained best friends and devoted partners for over 68 years.

Dr. Pappas worked his way through college by selling ice cream with his brother on an ice cream truck, earning a B.S. in Chemistry from Yale University in 1952 and a PhD in Organic Chemistry from Brown University in 1956. He began his industrial career at the DuPont Company in 1956 as a Research Chemist at the Experimental Station Laboratory in Wilmington, Delaware. After several management positions in R&D, Industrial Sales, Market Development, and Corporate Plans, Dr. Pappas was named Vice President and General Manager of the DuPont Fabrics and Finishes Department in 1978. He transferred to Polymer Products Department as Vice President in 1983, leading a period of expansive growth for this business. He was a well-recognized leader in the Polymer Industry during this time. He served as Chairman of the Executive Board of the Council for Solid Waste Solutions in 1988-9 and was instrumental in DuPont Polymer Products taking a leadership role in plastics recycling and environmental protection. In 1988, Dr. Pappas was promoted to Executive Vice President of Corporate Plans and was appointed to the five-member DuPont Executive Committee, where he served until his retirement in December, 1990. His career success was characterized by a deep fundamental understanding of science, a great sense for financial principles, and a natural intuition for human nature and people development, making him a highly respected Leader.

As a great champion of humanitarian causes, Dr. Pappas served as chairman of the United Way of Delaware Campaign and Board of Directors 1985-86 and served on the Board of Directors for the National Conference of Christians and Jews, the Professional Responsibility of the Supreme Court of the State of Delaware, and the Child Care Connection. He was on the Board of Trustees of the Medical Center of Delaware, the Delaware Symphony, the Centerville School and the Delaware Art Museum. He was also a pioneering champion for workplace diversity as the Chairman of the DuPont Affirmative Action Committee and a keynote speaker at the National IRS Diversity Conference in 1990.

After his retirement from DuPont, Dr. Pappas was appointed President and COO of Rollins Environmental Services from 1991-96. He also served on numerous Boards of Directors related to industrial materials, including ChemFab Corporation, Witco Corporation, Nova Chemicals and EnviroKare LRM Industries.

In his retirement years, Dr. Pappas remained active providing guidance to companies that he had served on Boards and mentored his children and grandchildren with their career paths and family businesses. Together with Dorothy, they took great care to nurture the life-long relationships within the extended family through regularly hosting family and friends at their beach house in Avalon, NJ. They also held memorable family holiday gatherings at their home in Wilmington, DE and in Aruba. He loved taking his children and grandchildren to the casino and having card games with them.

His daily prayers included asking God for Faith, Love, Humility, Hope, Charity, Kindness, Strength, Courage, and Wisdom, which guided the principles by which he lived and what he bestowed onto others. His guidance and influence will live on in the hearts and souls of the many people he deeply influenced throughout his life. May His Memory be Eternal.

The family will receive friends on Thursday, August 5th from 10 to 11 AM, followed by a funeral service, at St. George Greek Orthodox Church on 30 E Forge Road in Media, PA. The burial service will take place at Silverbrook Cemetery.

Memorial contributions may be made in Dr. Pappas’ memory to the United Way of Delaware or St. George Greek Orthodox Church in Media, PA. 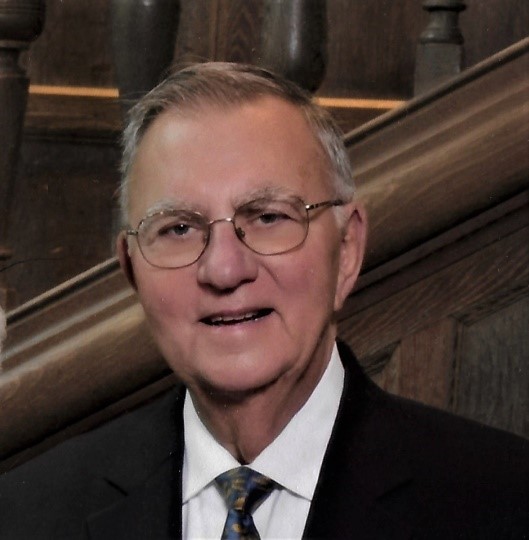 FLORENCE A ZICKGRAF writes,
A finer gentleman there isnt! Dr. Pappas was surely someone to emulate. I remember him well when we worked together. He is truly a loss to all. He loved his Family, it was evident. So sorry for your loss. God bless.
Kali & George Dewey writes,
I just read this in our local paper today. So sorry for your loss. Your Dad was a wonderful person and I have many great memories of all the times we spent together.
George Riggins lit a candle and writes,
I am profoundly saddened to hear of the loss of Nick Pappas. He was a great husband, loving father, and dear family friend to many. I will always fondly remember his kindness, his wisdom, his sense of humor and his infectious smile. I remember staying with the family when I was a kid. It was for a few days while my parents were out of town. Mr. Pappas was the first person in my life who spoke to me as an adult. 45 years later, I still cherish that memory.
Bill & Helen Mitchell lit a candle and writes,
We are sad to learn of Nick's passing here at St. Demetrios in North Wildwood. Nick served on our parish council for three terms and was very generous to our community in time and treasure. It was an honor for me to serve with him those years. The family lost a wonderful role model for the children and grandchildren but doubtlessly his legacy of generosity & empathy for his fellow man will be carried on. Our sincerest condolences to Dorothy & the family and may his memory be eternal.
Dean Calvert lit a candle and writes,
Dear Dorothy, Although we never met, I heard a lot about both you and the family from Nick. Nick and I worked together at OCL for a number of years, co-chairs of the committee on self governance. Although we worked together for only a short time...we had an ABSOLUTE BLAST together! Nick was one of those people that you thank God for putting in your path, with whom you had the privilege of walking with for even a little while. I still remember discussing with him how we were going to run the committee, with Nick saying, "How about if we do this - neither of us can do something which can cause a 'below the water line hit' on our own." I knew at that moment I was in the presence of greatness. As the only two business guys on OCL, we found ourselves in violent agreement on most issues. I still remember my first OCL meeting while I was presenting some data (a rarity for that group!). There was ONE GUY sitting on the opposite end of the table, nodding his head the entire time. At the next break he came over and introduced himself. We were fast friends from that point forward! He was a wonderful role model, mentor, counselor and friend. My sincere condolences on his passing to the entire family, May he rest eternally in the bosom of Abraham, and may his memory be eternal. He will be missed.