Dr. Kenneth B. Keating, PhD (Ken), passed away on January 1, 2022, aged 90, surrounded by his loved ones. He had lived for seven years in Cokesbury Village, Hockessin, DE preceded by 43 happy years in Webster Farm, Wilmington, DE. A beloved husband, father and grandfather, Ken was a research scientist with a witty, kind, and generous soul who won hearts through his courteousness and mirth.

Born in the Bronx to first-generation Irish parents, Rose and Bernard Keating, Ken went to parochial schools in NYC and graduated from Regis High School, a Jesuit school in Manhattan. He credits Regis for instilling in him scientific curiosity with a love of the classics. Ken went on to study chemical engineering at the Polytechnic Institute of Brooklyn (now the NYU Tandon School of Engineering), earning his bachelor’s degree, summa cum laude, and master’s degree at the same institution followed by a PhD in chemical engineering at the University of Illinois, all with full scholarships. He served two years as a Lieutenant in the US Army’s Corps of Engineers.

Starting his 35-year career at E.I. DuPont de Nemours in 1960, Ken rose to the rank of Senior Research Fellow and was cited by management as a “champion and leader of DuPont’s efforts in electrochemical engineering”. His work focused on catalysts, fuel cells and batteries, high speed electroplating, the development of palladium nickel and setting up DuPont’s excimer laser program. Ken holds more than 30 US and non-US patents in these areas. In retirement, he focused on global warming and explored ways to lessen its impact.

With his thirst for knowledge, Ken pursued a wide array of interests – from space exploration to baseball and chess. He started playing chess with Russian emigres at an early age in Bronx parks, joined the Manhattan Chess Club and became a Chess Master. Ken was also a Grand Master of postal chess, delighting in the slow-paced games and friendly post card exchanges with the players. When visiting his daughter in Sarajevo, he enjoyed the chess matches in the parks and donated a jumbo size set to the city of Sarajevo in 2005 – still being used daily, rain or shine.

His passions became infectious for his whole family. His love of Europe and knowledge of several European languages led to many trips to Europe and appreciation of other cultures, an interest his children and grandchildren embrace. He was moved by classical music – Mahler, Sibelius and Rimsky-Korsakov were among his favourites – and he and his wife Connie attended concert seasons at the Delaware and Philadelphia symphonies. They loved exploring the Delaware state and national parks in their VW camper and spent 25 summers in Lewes, DE surrounded by their family.
Even with these various pursuits, Ken always put his family first. Meeting his wife Connie at the DuPont Experimental Station, a Delaware native, they raised their children together and enjoyed a lifetime of shared interests over their 55-year marriage. Ken volunteered for the Mount Pleasant High School Marching Band Boosters and coached his son’s soccer team and later in life enjoyed volunteering with Connie at the American Association of University Women (AAUW) book sale and spending time with his grandchildren.

Ken was predeceased by his parents, Bernard Keating and Rose Keating and his beloved wife, Constance C. Keating, in 2017. He is survived by his two children and their families: daughter Sarah Keating, her husband Srdjan Arnaut of Strasbourg, France; son Raymond B. Keating, his wife Ingrid J. Keating of Manhasset, NY; three grandchildren: Alena, Julian and Isabella. He is also survived by his sister, Dr. Barbara Eliasson, PhD, his sister-in-law Ruth E. Blair and her husband Colonel William J. Blair and his sister-in-law Anna Curfman. 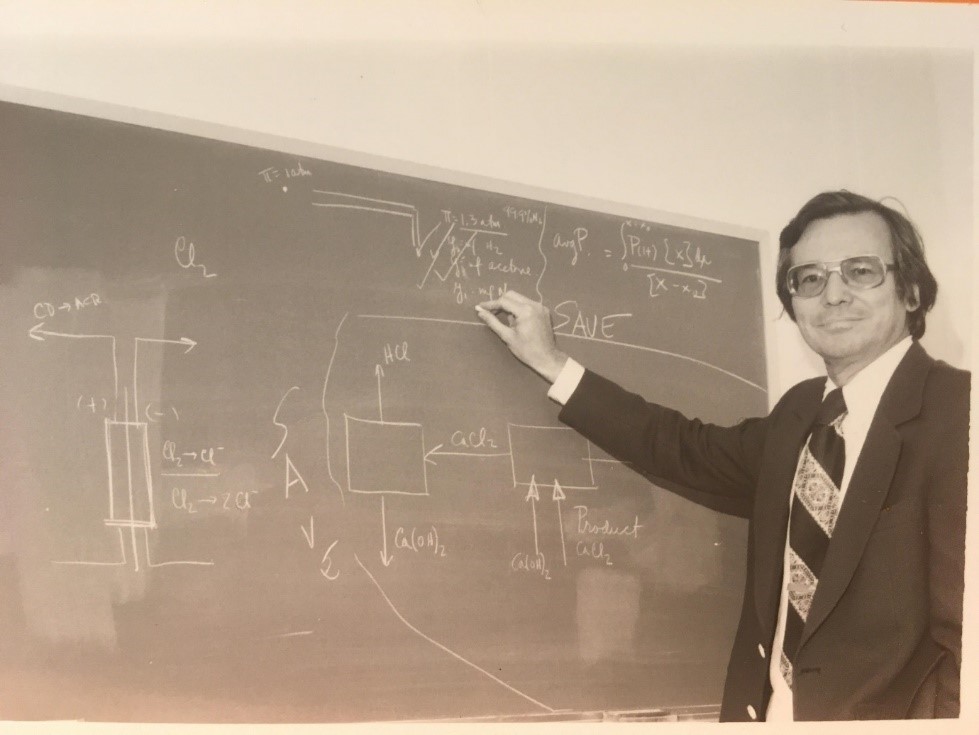