James Frederick Weiher was born in Waverly, Iowa – the only child of Frederick and Marian Gehring Weiher. He died suddenly on August 29, 2019 at the age of 86. He grew up in Iowa graduating from Cedar Falls High School in Cedar Falls, Iowa. Jim received his B. A. in 1955 from Carlton College, cum laude, Phi Beta Kappa, Sigma Xi and was awarded a Fullbright Fellowship to Johannes Guttenberg Universitat and the Max Planck Institute in Mainz, Germany. Prior to going to Germany he worked at Los Alamos Laboratory, Los Alamos, New Mexico. Jim received his Ph. D. in 1961 from Iowa State University while working at the Institute for Atomic Research, Ames, Iowa. He accepted the first Post-doctoral Fellowship of the duPont Company and continued to work in the Central Research Department until his retirement in 1986 when he became an independent consultant. His research included the structure and properties of molecular and solid state materials, the application of radiochemical techniques to determine structure and kinetics, the behavior and development of heterogeneous catalysts in chemical processes and manufacturing and the use of computers in scientific research and business.

In the 1970s, Jim was active in the United Way of Delaware, Toastmasters International and the Lutheran Church serving in a variety of local and regional capacities.

Jim joined the Academy of Lifelong Learning (Osher Lifelong Learning Institute) in 1996. Here he found his calling. He taught German for the next 23 years. He loved providing an opportunity for adults to learn   German and found it to be the most rewarding experience of his life. For many years he was area coordinator for the non-romance languages and introduced the TIPS method for learning a language – acquiring a language naturally by listening and speaking as one does as a child. He was awarded The Federal Republic of Germany Friendship Award for his efforts on behalf of German – American relations.

Jim was president of Pinecrest Maintenance Corporation for many years afterwards serving as secretary. He was active in several Apple Computing groups and Parkinson support groups until his health deteriorated.

Jim and his wife, Carolyn, moved to Cokesbury Village in 2016. He donated his body to science through Humanity Gifts Registry. He is survived by his wife and best friend, Carolyn Smith, sister-in-law Roselyn Tyson of Harrison, GA. brother-in-law William Smith of Macon, GA and 33 nieces and nephews of 3 generations.

Carolyn wishes to thank the nurses and CNAs of Willowbrook Court at Cokesbury who lovingly cared for him as he valiantly battled Parkinson’s disease.

A reception remembering Jim will be held in the DuPont Pavilion at Cokesbury Village on Friday September 20 at 2 PM.

Memorials may be sent to the Weiher-Smith Scholarship Fund at Carlton College, Northfield, MN 55057.

Jim loved a quotation he saw during a hospital visit: “Everyday may not be a good day but there is good in everyday.” 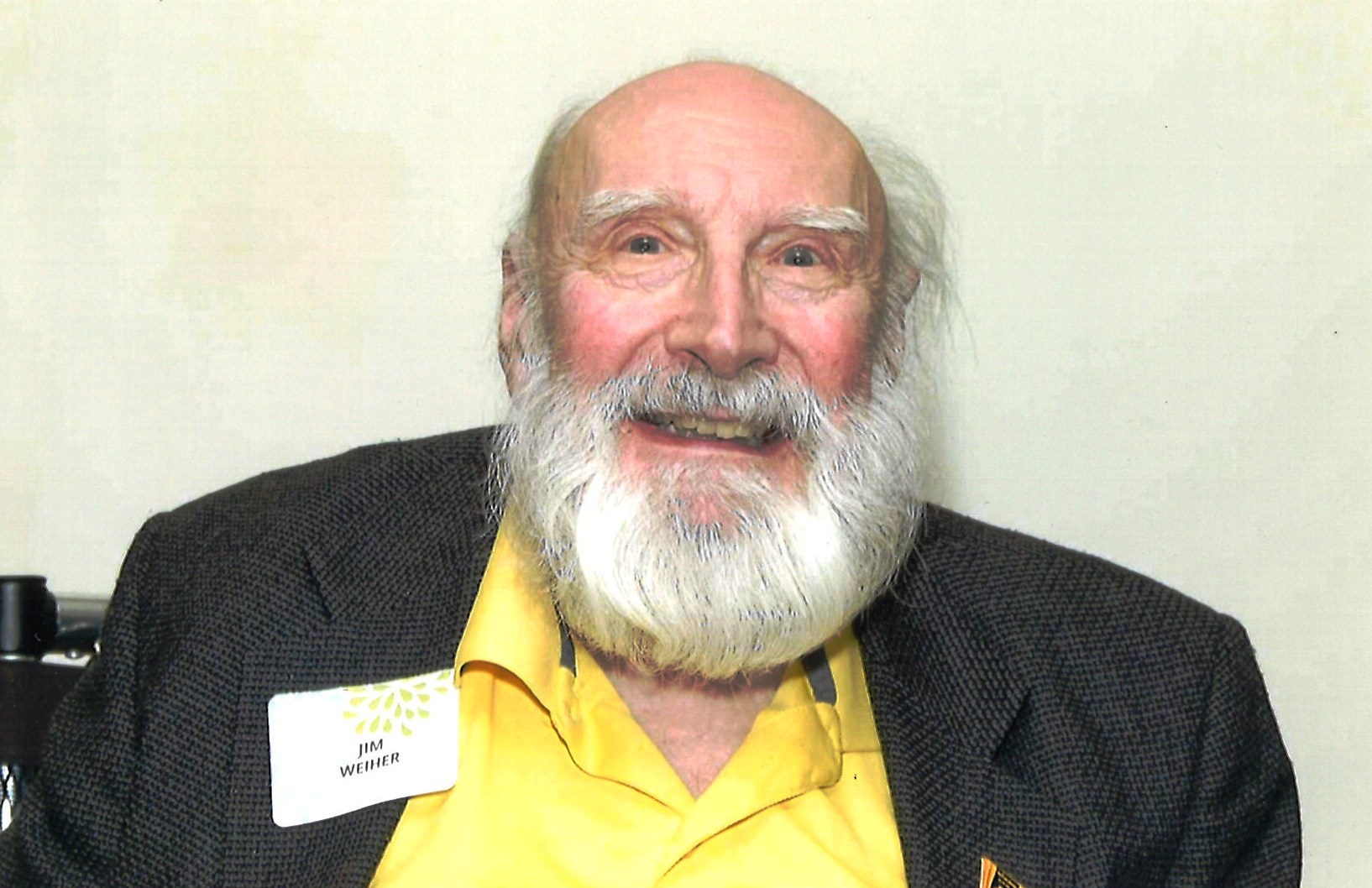 A reception remembering Jim will be held in the DuPont Pavilion at Cokesbury Village on Friday September 20 at 2 PM.

Memorials may be sent to the Weiher-Smith Scholarship Fund at Carlton College, Northfield, MN 55057.

Jim loved a quotation he saw during a hospital visit: “Everyday may not be a good day but there is good in everyday.”

Ben and Cathy Raphael lit a candle and writes,
Jim will always be in our hearts and memories. Lebe wohl, Jim.
Johanna keresztes writes,
I’m sending my deepest sympathy and condolences upon reading “dear Dr. Weiher”’s recent passing. He was not only a wonderful Instructor of the German language but kept us informed of Germany’s news and everyday’s living. It was a privilege to know him as teacher and friend and will always be fondly remembered! Johanna Keresztes
Hannelore Knaak lit a candle and writes,
"Herr Weiher" und ich spent many hours together at the Inlingua School of Languages, learning, discussing and laughing. I'll remember him fondly, his enthusiasm and creativity to deal with the "awful German language." Hannelore Knaak