Dorothy Hohman, 84, of Newark, Delaware passed away on May 16, 2020 at Christiana Hospital.

Born in Evanston, Illinois, “Dottie” graduated from Niles Township High School before her family relocated in 1953 to the nascent community of North Star located outside of Newark.  Upon arriving in Delaware, Dottie attended the University of Delaware.  Shortly thereafter she met and then married her sweetheart James Hohman, in 1955.  She and Jim were married for 59 years until his passing in 2015.   After marrying Jim they moved to Elsmere where she began work for DuPont and where they started a family.  In 1968, Dottie and Jim moved to a home they built in North Star – where they lived throughout their lives raising their two sons, Jim and Dave.

As her children grew Dottie returned to work, serving as a nursing assistant at the North Star School before returning to DuPont.  At DuPont, she proudly worked until she retired at the Experimental Station in the Agricultural Products Department making many long-loved friendships.  Ever busy, even after retiring, Dottie worked in a variety of roles and volunteered her time with the Junior Board at the gift shop, “The Glass Box” at Christiana Hospital and in marshaling at the McDonald’s LPGA tournament.

Dottie also had a wide variety of interests and hobbies.   She was an excellent bowler actively participating in league events.  She loved plants and in tending to her gardens.  She was an avid model train enthusiast and enjoyed collecting coins and dolls.   Most of all she enjoyed traveling with her family.  While the boys were young, camping all along the East Coast was a common summertime pastime.    Later, she and Jim travelled frequently – as a couple, with family members and also with the many friends they shared from the DuPont Country Club.   She particularly enjoyed annual excursions with girlfriends to Fenwick Island and then with Jim and family and friends to Hilton Head Island in South Carolina.  Dottie loved the beach and working on her tan.

A devoted wife and mother, Dottie was predeceased by her husband, James L. Hohman and survived by her sons James Jr. (Terry) of Newark, Delaware and David of Columbia, Maryland and her beloved granddaughter Marissa.  Dottie is also survived by her two brothers, Robert MacDonald (Jane) of Elkton, Maryland, and William MacDonald (Alice) of Fairfax, Virginia as well as numerous nieces and nephews.

In lieu of flowers, the family suggests contributions to the Ashland Nature Center in Hockessin, Delaware. 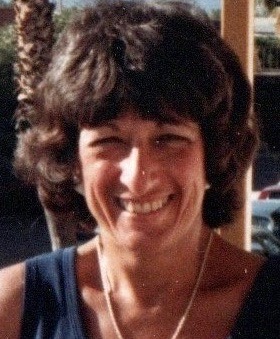 Due to the COVID-19 pandemic, all services will be private.  The family will plan a celebration of her life when conditions permit.  The family would also like to thank the staff of The Summit Assisted Living in Hockessin who provided extraordinary care during the last months of Dottie’s life.

Sandy Ozolins lit a candle and writes,
To Jim, Terry and David, I was so sorry to read about your mom's passing. I met you all back when your dad passed away. I am the gal who used to walk by your parents' North Star Road house every morning and place their newspaper on the step by their doorway. The last time I saw your mom was at your dad's viewing. She looked lovely and seemed to be getting along well. I still walk by the house every morning and think of them fondly. My condolences to you all.
George & Joan Capriotti writes,
Jim & David -- we read of your mother's passing this morning. We were so sorry to hear of this sad news. We thought of all those great times we all had at The DuPont Country Club and the many times in Hilton Head. Our deepest condolences to you and family. George & Joan Capriotti
Kerry Dietz lit a candle and writes,
"They who wait upon the Lord will renew their strength." --Isaiah Dear Jim, Terry and Marissa, May you know God's love and presence, surrounding you and strengthening you during this time of grief over the death of your mother and grandmother, Dottie. You remain in my thoughts and prayers. Grace and peace, Kerry Dietz
Elaine Williams writes,
Sharing your sorrow. Holding you up in prayer! With Love, The Reed Williams Family
Mary Jane Teeven lit a candle and writes,
Sending my sincere sympathy to her family. We go back a long time,and I know she will be dearly missed by the people who knew her. She was a special lady. Mary Jane Teeven
Georgianna Riley lit a candle and writes,
Dear Hohman Family, On behalf of the members of the Junior Board of Christiana Care, I extend our sincere sympathies on the loss of your mother and grandmother. Dottie was a member of our organization, joining the Junior Board in 2005. We are thankful for Dottie’s years of volunteer service and commitment to the Junior Board. In her memory, a donation will be made to the Junior Board Memorial Fund. The monies in this fund are used to support various projects throughout Christiana Care. Thank you for sharing Dottie with us and our organization. Sincerely, Georgianna Riley Junior Board of Christiana Care, Inc. PO Box 1668 Wilmington, DE 19899