Donna Mercedes Sellman, 94 years of age, passed away peacefully on Tuesday January 7, 2020 in Season’s Hospice and Palliative Unit, Christiana Care, Newark DE.
Donna was born in 1925, Baltimore MD, to the late G. Wilmer DuVall and Marian Mercedes Brown DuVall Wilhelm. She was predeceased by her brother, Robert Emerson DuVall, and her half-sisters Ellen Poole and Ruth Fritz.
Donna celebrated 58 years of marriage to the late Russell A. Sellman (2006), continuing to reside in Westminster, MD. Moving to Brookdale Senior Living, Hockessin DE (2016) to be near family.
Western Maryland College, now McDaniel College, conferred a BA degree in 1945, followed quickly by an MA from Columbia University in 1950. Donna was assigned in 1945 to Westminster Senior High School as the first full- time physical education teacher for girls. She continued to excel in leadership as an Assistant Principal for Westminster Senior High. Her career in education was capped by inductions into both the Carroll Co Sports Hall of Fame and McDaniel College’s Sports Hall of Fame for her winning achievements spanning 1945-1968 that included multiple school championships, lifetime sports education and coaching . Donna’s influential care and mentoring of “her champions” on and off the court and field will always be remembered by the women with whom she continued to correspond shortly before her death.
Donna loved to sing in the choir at Westminster United Methodist Church, and served on various committees/boards within the church. In the Westminster community, she also served on the board of Union National Bank.
As a second career, Donna devoted herself with a passion to the Alumni Affairs Dept at Western Maryland College (aka McDaniel College) as its Director for many years. She enjoyed nothing more than gathering alumni together for fellowship, fun, and travel. The love of travel continued, leaving no continent untouched save Antarctica. When not traveling, Donna enjoyed a good hand of bridge, playing well into her 90’s with a group of steadfast friends in Westminster.
In addition to her parents and siblings, Donna was predeceased by Leona DuVall, sister-in-law, Thelma Coleman, cousin, and her niece Nancy Shoemaker, with whom she adored going to the theater. Excursions to the Baltimore Symphony with neighbors and friends, and ballroom dancing with Russell were not to be missed lightly. Donna is survived by her children, Maura Sheridan-Walther(Christopher R) Wilm.DE, and R.Thomas Sellman(Constance) Honeoye Falls, NY; grandchildren Arwen E Sheridan-McNamara(Adrian) Arlington VA, Joseph A. Sheridan, Madison R. Sellman, Justin T. Sellman, great-grandchild Alexander W. McNamara, and numerous cousins, nieces, and nephews.
In lieu of flowers, contributions may be made in Donna’s memory to Westminster United Methodist Church, 165 E Main St. Westminster MD 21157, or Season’s Hospice Foundation, 220 Continental Dr., Suite 407, Newark DE.19713 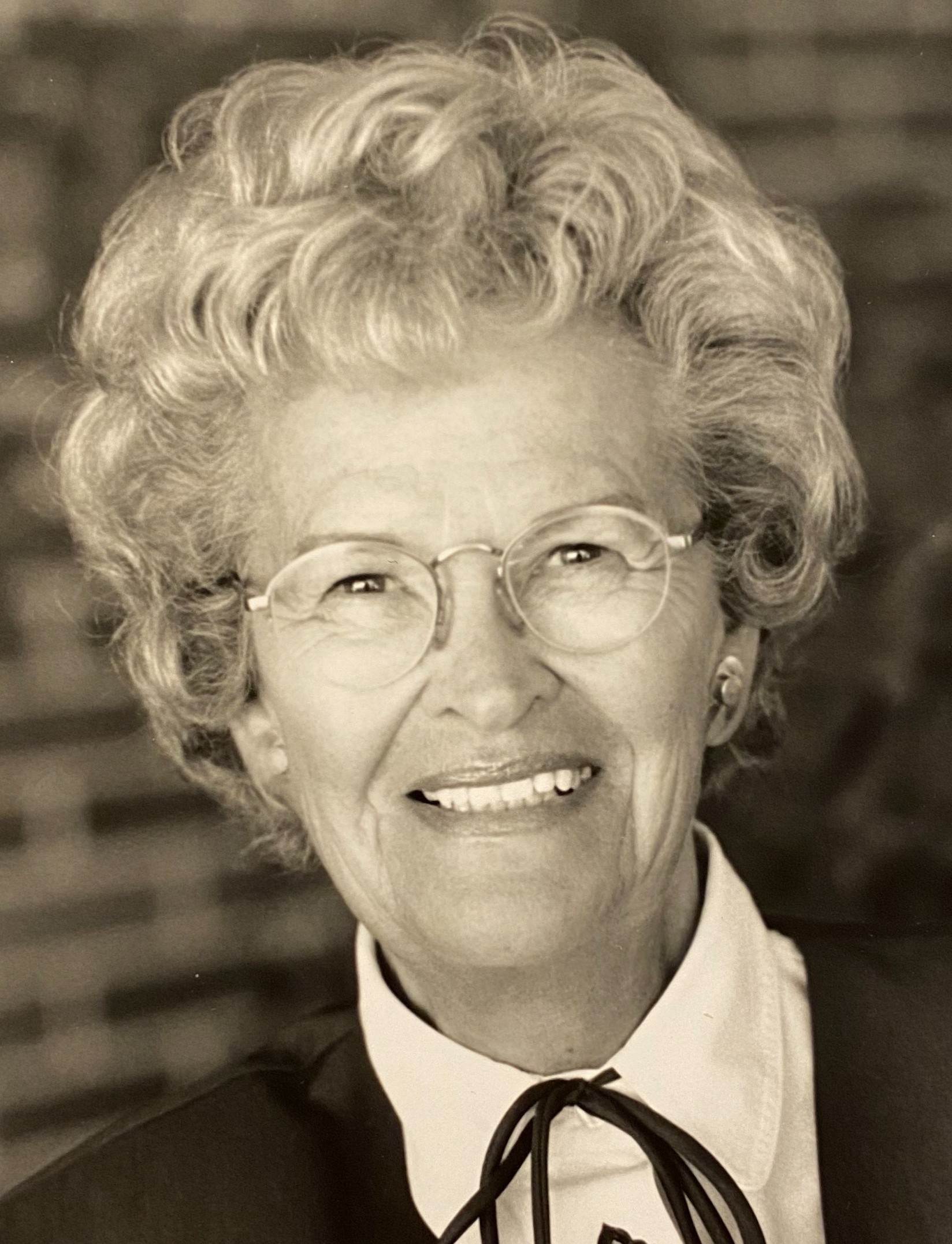 Kelley Patterson writes,
I have several years of great memories of Mrs. Donna! She became one of my faithful, weekly clients. I would have loved to hear "Sweet Alice BinBolton" one last time. I will always have a special place in my heart.
Debragh DiMaio Smith lit a candle and writes,
Maura I am so very sorry for your loss. You and your family will be in my thoughts and prayers. As a mother comforts her child,so will I comfort you. Isaiah 66:12,13 NIV. As children we can't comprehend or fully realize the meaning of our mothers love. Years go by before we can look back on life and see with older eyes and wiser hearts her love and loyalty. May your memories of your mothers love bring you comfort and peace of heart. In Deepest Sympathy, Debbie DiMaio Smith
Geoffrey L. Henry writes,
On behalf of the associates and residents of Brookdale Hockessin, please accept our sincere sympathies on the passing of Mrs. Sellman. We considered it a privilege to get to know and care for her. She will be missed by all. God Bless Geoffrey L. Henry
karen stoedter writes,
Mrs. Sellman was my 8th grade gym teacher. One day, there was a challenge of a relay race against the 9th grade class. I recall passing the 9th grade girl and handing the baton to the last gal on the 8th grade team. We WON!! Mrs. Sellman was beaming. I'll never forget her, or that moment though many years have passed. I'm very sorry for your loss.
Patricia DiEmidio writes,
Maura, We are very sorry about the loss of your mother. It always brought a smile to see her walking around the grounds or sitting outside at Brookdale. She was a friendly, pleasant person who will be missed by many. Our thoughts and prayers are with you. With deepest sympathy, Mary Marinelli and Patti (Marinelli) DiEmidio
Caroline Gilbert writes,
My heart is saddened by the passing of my dear aunt Donna. She and I often laughed together when I reminded her that she gave me no favored treatment when I tried out for the high school cheerleading squad. Sympathy and love to Maura and Tom and their families.