Dale Edward Wolf was born on September 6, 1924 in Kearney, NE, and lived there on the family farm.  Educated in a one-room schoolhouse, he started college at the age of 15. He married Clarice Marshall on New Year’s Eve, 1945, while still recuperating from injuries sustained as an Army forward observer in the Battle of Okinawa during World War II. He received both a Purple Heart and Bronze Star.

With a B.S. from the University of Nebraska, Dale went to Rutgers University, where he received the nation’s first Ph.D. in weed science and co-authored the first textbook in the field.  After teaching at Rutgers for a year, he was hired by E.I. DuPont de Nemours & Co.  During his 38 years with DuPont, Dale moved from research chemist to Group Vice-President of Agriculture Products and Chairman of the Board for Pharmaceuticals. His leadership continued in his work as Delaware’s Director of Economic Development and Lt. Governor, as Governor of Delaware for a short time, and as Vice-Chairman of WSFS. In 2019, the University of Delaware awarded Dale an honorary Doctor of Laws degree, recognizing him as a “pioneering researcher,” “conscientious citizen,” “respected businessman,” and “caring community leader.”

He retired many times and remained engaged in community issues until his death. He helped start SURJ: Stand Up for What’s Right and Just, which worked to end mandatory-minimum sentencing, increase opportunities for treatment rather than incarceration for drug offenses, and end the death penalty in Delaware. Both he and Clarice worked with adults and young people to increase literacy and educational opportunities. They volunteered with countless non-profits including Girls, Inc., Creative Grandparenting, Sojourners, and the University of Delaware.

Dale’s most important accomplishment was living out a large love for so many – he made everyone feel important and valued, whether they were field workers or professors, waitresses or politicians, children or CEOs. He was a great believer in people and freely offered wise counsel and kind mentoring, connecting countless people with jobs, support, resources, affirmation and community.

Dale Wolf was persistently positive and consistently generous. He fell in love with Clarice when he was fifteen years old, a freshman in college, and loved her fiercely during their almost 78 years together, including the 72 years they were married. Dale was with Clarice until the moment she died on February 23, 2018, and insisted that she was the best thing that ever happened to him. “Because of Clarice, I am a happy man and have been all these years.” Their four children, thirteen grandchildren and ten great grandchildren are deeply grateful for their relentless loving.  Dale often remarked: “Family is the most important gift of all,” though he widened the definition of family way beyond biological.

We encourage you to celebrate the life and witness of Dale Wolf by enjoying the sunset, laughing with children, listening to someone who feels alone, investing in greenways and small farms, literacy programs and college scholarships, working for reform of the criminal legal system and support for those returning from prison, opening your hand and heart to those who are hurting. If you would like to make a tax deductible gift to the Wolf Foundation, whose work includes much of that listed above, please send a check made out to the Wolf Foundation, c/o Jim Wolf, 4004 Hillingham Circle, Chadds Ford, PA, 19317. 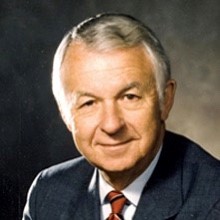 Due to the pandemic, a communal celebration of Dale Wolf’s life will be held at a later date.