One of 5 children (2 brothers and 3 sisters), Chet was born in Shoreham, Vermont to Mary St. John and Charles Edward McCabe. Chet was attending the University of Vermont studying Physics when he volunteered for service in World War II in 1943. He served as an aviation cadet, officer, and in flight meteorologist in the U.S. Air Force for four years. Chet continued his education at the University of Chicago obtaining a Bachelor of Science in Meteorology, followed by a Master of Science at Columbia University and a PhD in Physics at Purdue University.

Chet was employed by DuPont for over 35 years in Product Research and Development for both Elastomers and Polymer Products, retiring in 1985. In the local government arena, he served on the Planning Commission and Zoning Hearing Board for Kennett Township from 1976 until 1988 when he became Zoning Officer, a position which he held until 2011. Chet and Mary Lou built a lovely home in Chadds Ford in 1965 and remained in their home until 2011 when they moved to Jenner’s Pond in West Grove.

Chet is survived by his wife of 64 years, Mary Lou McCabe, son Schuyler McCabe, daughter Christena McCabe, grandchildren Collin, Cameron, Andrew, Connor, Kyle, Claira, and great granddaughter Cecilia. The family is forever grateful for the team at Willow Tree Hospice for their excellent care of Chet in his final days.

A memorial service will be held on Saturday, August 20, 2022 at 2:00 pm at the Alison Building at Jenner’s Pond, 2000 Greenbriar Lane, West Grove, PA 19390. Parking will be available in spaces not labeled for residents.

In lieu of flowers, the family requests that donations can be made in Chet’s honor to Brandywine Conservancy at https://www.brandywine.org/brandywine/support/make-donation/or Willow Tree Hospice at https://regions.billeriq.com/ebpp/AmedisysFoun/. 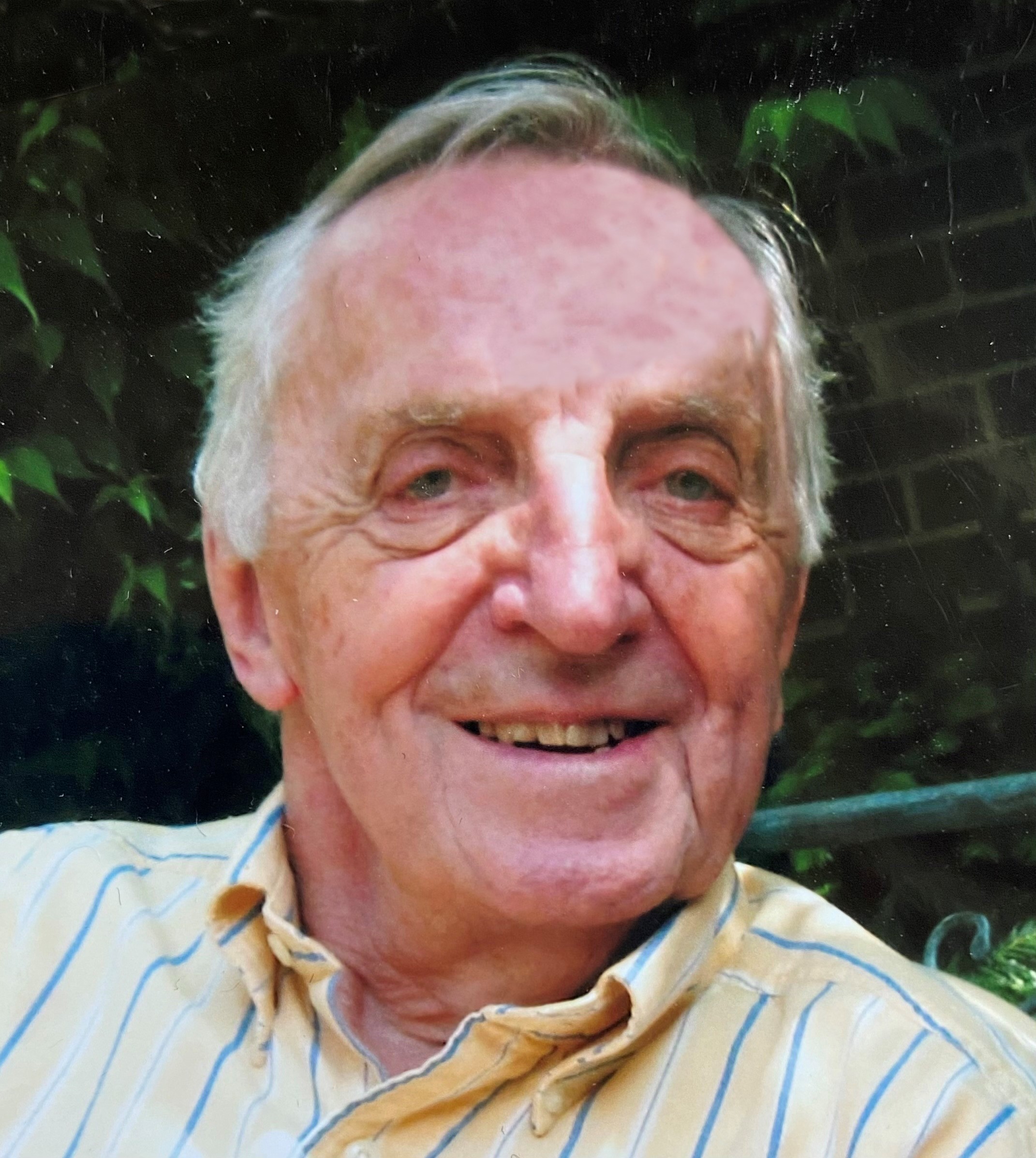 A memorial service will be held on Saturday, August 20, 2022 at 2:00 pm at the Alison Building at Jenner’s Pond, 2000 Greenbriar Lane, West Grove, PA 19390. Parking will be available in spaces not labeled for residents.

Ann Horton lit a candle and writes,
Such an incredibly sweet man who lived a beautiful life. He will be dearly missed.
Matthew John Jamison lit a candle and writes,
Schuyler and Family - I'm sorry to learn of your Father's passing. Hopefully you are doing as well as possible. It sounds as if Mr. McCabe lived a remarkable life, and I'm sure he was proud of you. You will be in our thoughts and prayers in the days ahead. Respectfully, Matt Jamison and Family
Rebecca Heiler lit a candle and writes,
Sending heartfelt condolences and healing thoughts and prayers to Chris and the entire family. May good and happy memories carry you through this time. With Love, Rebecca and Christopher Heiler
Helen writes,
Chet had a wonderful sense of humor and a twinkle in his eyes. Loved seeing Chet and Marylou at DNS and the local ice cream farm. Sending hugs to the family.
Victoria Knotts lit a candle and writes,
One of the kindest persons I have been blessed to know. Thank you for the wonderful conversations we have shared, together with Mary Lou, these past several years. Your smile will be dearly missed!
Johanna Keresztes writes,
To dear Marylou and Schuyler and Kristina and families, I’m sending my deepest sympathy …. lovingly remembering decades Of VERY happy times at Snuff Mill Pool and the Academy of lifelong learning! I cherish my fondest memories of Chet … always a cheerful companion to Marylou!! I wish Marylou and Kristina and Schuyler peace and joyful memories !!! Johanna