Charles J. Veith, III, D.M.D., M.S., age 86, passed peacefully on June 11, 2020. Charlie, as he was known to his friends, was born in Syracuse, New York moving with his family to Wilmington, Delaware when he was a small child. During his early childhood, Charlie fell ill and lost his ability to hear. He never let his loss of hearing hold him back or impede in his desire to succeed. Charlie was a gifted student who attended the University of Maryland, Tufts University Dental School, and the St. Louis University School for Advanced Dentistry where he obtained a degree in orthodontics. He returned to Wilmington and embarked on a long and distinguished career as an Orthodontist with offices in Wilmington and Dover. Charlie also found time to raise and support five children.

Charlie excelled in golf, tennis, squash, and alpine skiing. He enjoyed traveling the world, especially golfing excursions to Ireland and Scotland. He was a long-standing member of the Wilmington Country Club who rarely missed an event or celebration. He enjoyed spending weekends playing golf at the club with his friends, and being a member of the “Nine-Nineteeners.”

In lieu of flowers, contributions in Charles’ memory may be made to the Delaware Humane Society, 701 A Street, Wilmington, DE 19801. 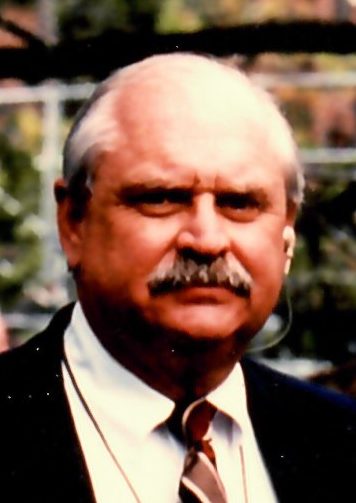 Burial services will be private.

Sharon France lit a candle and writes,
I was so sorry to hear of Dr. Veith's passing. He was my orthodontist in the early 70's. He was a wonderful man. May your memories of him bring you comfort and peace....
Dr. and Mrs Fred Fink writes,
Our heartfelt condolences to Lizanne, the Veith children and grandchildren. Charlie was a wonderful person and will be greatly missed by all. The old timers of the wire benders are ever diminishing. "Spike" and Heli Fink
Dan Benton lit a candle
Nancy Whitten lit a candle and writes,
Deepest sympathy to Lizanne and Charlie's family. He will be missed.
Kevin & Danielle Sullivan writes,
Sending regards to Peter, Kathy and the whole family. Charlie leaves a wonderful legacy of 11 grandchildren and many memories.
Deborah Barnhill lit a candle and writes,
So sorry for your loss. I remember your Dad's booming voice all the time coming into the kitchen back in the house next to the Meadows. Lots of prayers your way.
Suzanne H. Carr writes,
To Linda, David, Leslie and Peter, So sorry to hear of your dad's passing. What an amazing man. I worked for him for many years and think of those years with fond memories. From being a newlywed and staying with 5 kids we hardly knew, for a week while "mom and dad" went on an island trip, to the search and restoration of an old red pickup truck. Driving Rte 13 to Dover every Thursday, while watching out for "radar". Then he got a gadget on the dash to alert him, we got stopped. He did have trouble distinguishing Rte 13 from the "Autobahn" . Thoughts and prayers to all of you, at this time.