Arthur Earl Lee, age 95, passed away Wednesday, January 6, 2021 in Wilmington, Delaware. Formerly of Sharon Hill, Pennsylvania, he was the loving husband of the late Carole Lee. They were married for 71 years.

Born in West Philadelphia on June 22, 1925, Art was the son of the late Arthur and Pauline Lee, and the brother of the late Gertrude Lee Coyte.

Art graduated from West Philadelphia High School and served in the United States Army during World War II, seeing combat in Europe. After the war, he graduated from Hussian School of Art in Philadelphia. Art worked for many years in the silk screening industry and retired from United Engineers.

Over the years Art pursued his passion for art, creating many drawings and paintings. He also loved his home projects.

His biggest passion was for his wife, Carole. They had a long and loving marriage. Art was a loving and kind father to his three sons, who survive him; Steven, Denis (Deborah), and Christopher (Susan). His survivors also include 5 grandchildren and 3 great grandchildren. 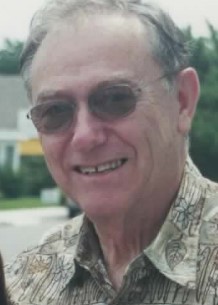 Sr Ann David lit a candle and writes,
You are in my thoughts and prayers. The kindness of his life shines through his family. May he be at peace . I know God welcomed him with open arms.
Carole Lee Erlandson writes,
So many good memories of my Uncle Art and , of course, my Aunt Carole. They treated me like a daughter ( since they had 3 boys.. I was a novelty!). We went on many trips together to Maryland and Virginia as a kid, and later, they vacationed with us in St Croix, Virgin Islands. Such good times I will never forget! I loved them both dearly, and miss them both. I wish their last years could have been easier, but I know they are now together again.
Linda Cornell (Wright) writes,
Your father was one of the nicest men I’ve ever met. His sweet kindness was remarkable. Your father and mother were absolutely lovely people. I have so many fond memories of them from my childhood along with my Aunt Lee and Uncle Ed.
Jenifer Melvin writes,
So sorry for your loss. Take comfort in your mom & dad are together again. Sending prayers to you and your family.
Jane Waring writes,
I am so sorry for your loss. My sisters and brother and I grew up in the Philadelphia area and went to Wharton Memorial Methodist Church it was there that we became friends with your Mom and Dad. We had a long relationship with them. They were mainly friends with my older siblings as I was the youngest, but we kept in touch all these years. They were a loving and sweet couple, I always loved being around them. I am sure sure they are reunited with each other and getting together with the old Wharton crowd, but mainly they are with our Lord and Savior Jesus Christ. I will be keeping all of you in my prayers for comfort during this difficult time. Love, Jane Hamilton Waring, formerly Jane Sands ❤️
Laurie Washington writes,
Art will be missed dearly. He was such a talented artist and kind man that loved his family so much especially his late wife. Often he carried her picture in his pocket. I will always remember him. Laurie Washington
Bernice and Leonard by Fishman writes,
Art and Carol were our dearest friends. They delighted in their sons, family and friends and of course their home. They will always be in our minds and hearts.