Antoinette D. Battaglia died August 30, 2021 after a long and courageous fight with pneumonia at Christiana Care, Wilmington surrounded by her family.

Toni, as she was known to so many, was the only child of Louis and Irene (Morgan) Dunn.  Her father, Louis, passed while Toni was in High School (St. Elizabeth).  She and her mother, Irene, became an unstoppable team and fast friends until Irene’s death.  Toni graduated St. Elizabeth High School (1953) and afterward attended and completed Goldey-Beacom Business College.  Toni worked at Atlas Power Company.

She met the love of her life Victor Battaglia, Sr. when Victor and she volunteered to help collect donations for March of Dimes.  Toni and Victor were married September 17, 1957 in Washington, D.C. while Victor was a law student at Georgetown University.

After Victor Sr.’s graduation, for a short time they lived in Pennsauken, NJ. But moved back to Wilmington and were residents ever since.

Their boys attended and completed Tatnall School, the University of Delaware and Delaware Law School.  While both boys were studying for the Delaware Bar Exam Toni vowed she would forgo buying a Mercedes Benz if both boys passed the exam… She kept that vow.

In 1999, Toni and Victor Sr. lost Christopher who is survived by his children Rachel and Marc Paul whom she loved greatly.

In 2006 Victor Jr. was diagnosed with Lung Cancer.  She drove him to each and every appointment and was his friend and crutch during his recovery.

Toni involved herself in many charitable works.  She was an avid tennis player well into her 80’s (even after surgery on her right lung) and became an avid and competitive bridge player.

She is survived by her loving husband of 64 years, Victor, Sr., their eldest son Victor Jr. and his wife Sara-jean (Catalano), stepchildren Katlyn Jo Paskorz, Evin Lee Stephens and her family (Anthony and Trinity Rose) Toni’s grandchildren Marc and Rachel Paul, her cousins Edward Morgan, Jr. (Darlene), Susanne Van Zaren (Joe) and Judy Kimble (Richard) and so many others.

We were all truly blessed to have known her. 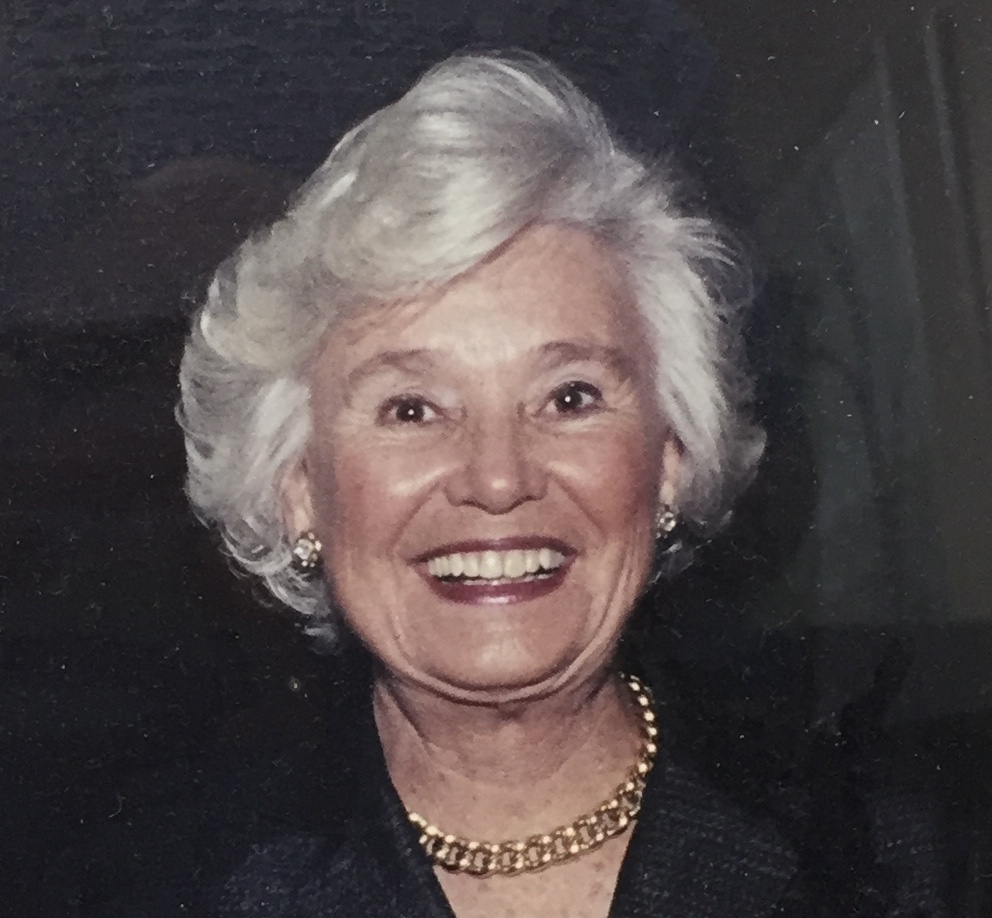 Family and friends may visit from 9:00 to 10:00 am on Wednesday September 8, 2021 at St. Joseph on the Brandywine Church, 10 Old Church Road, Greenville, DE.  Mass of Christian Burial will be offered at 10:00 am followed by interment in the church’s cemetery.  Refreshments will be served at the Wilmington Country Club beginning at 11:30 am.

Effa Parkinson writes,
So sorry for the loss of your wife, Toni. You have our condolences and prayers. She brought a lot of happiness to your life. We hope that you and Victor, Jr. stay well.
-T writes,
Victor - so sorry to learn of the loss of your wife Toni. My sincerest condolences to you and your family at this difficult time. Tom
Martha Zazzarino writes,
Dear Victor, thank you for your thoughtful messages and I am so sorry we have not connected by phone. I have been spending days at the hospital with Msgr., and he sends his prayers and sympathies as do Kathy and I. Toni was a beautiful friend who gave me such hope and support when I needed it most and I am grateful both of you are in my life. I will see you on Wednesday. Sending prayers and love, Martha
eve taylor writes,
Toni was my best friend.
Tracey Quillen Carney writes,
You said it best: "We were all truly blessed to have known her." She was fun. Our hearts both break and celebrate with yours. Sorry to be out of town for the service; our love is with you. Take good care, Tracey Quillen Carney & Family
Deborah Bogart writes,
Uncle Victor, My sincere condolences on the passing of Toni. She was such a sweet, caring woman. May she Rest In Peace.
Priscilla Rakestraw writes,
Victor, my heartfelt sympathy to you on Toni's passing. She had such great strength and love for her family. The love you and Toni shared was obvious to all who knew you. May it help to know that so many people share your loss and are holding you close in thought and prayer.
Lee Davis writes,
Dear Victor, I was saddened to learn of Toni's death. I will always remember her as a beautiful and lovely lady. I know she will be sadly missed by you and your family. Please accept my condolences. Sincerely, Lee Davis
David Drexler writes,
Vic: Judie and I were deeply saddened to read of Toni's passing and I send our sincerest condolences. We won't be able to convey our thoughts in person because as of a couple of months ago we are full time Florida residents. But we shall always treasure our memories of Delaware and the friendships, including yours and Toni's, that we formed. Dave
David Robert Guinnup writes,
My condolences to Victor senior and the rest of the family and friends.
Kenneth , Roberta and Mark Clapp lit a candle and writes,
We are praying for your family. And send our sincerest condolences to your family. We know how much Toni meant for everyone and she will be missed.
The Delaware Lawyers Assistance Program lit a candle and writes,
We are so sorry for your loss and hope that you will feel the love coming your way, In gratitude for the support that Antoinette D. Battaglia gave to the Delaware legal community through her family and time, a donation is being made to the Delaware Lawyers Assistance Fund in lieu of flowers.
Uday & Ena Uthaman writes,
Mr. Battaglia, Our deepest sympathy for loss of your wife and prayers for divine comfort. Uday and Ena Uthaman
Antoinette marie milullin writes,
I just found out about her passing i am soo soo sorry. You might not remember me but i use to clean for you guys for many many years until i moved to Atlanta. It bought tears to my eyes to hear. She was a beautiful person inside and out i loved and respect her a lot she was the best boss i ever had . But i have a hope that we will see her again and she wont be sick or suffer any more. Please take care of the rest of the family . ❤️