Ann Lee Smith Bugbee, 83, died at Christiana Hospital on Monday, November 17 after a brief hospitalization. She is survived by her husband of 58 years Dick and her two daughters; Elizabeth Abrahams and her sons Nathaniel and Benjamin; and Sally Keidel and her husband Phil and their children Charlie and Maggie. She is also survived by her sisters Ivy MacMahon and Victoria Schilling. She was born in Boston, MA to the Reverend Dr. Charles W. F. Smith and Ivy Rose Constance Watkins Smith. She first lived in Exeter, NH and then Washington, DC. There she went to the Beauvoir School. Upon moving to Wellesley, MA, she attended the Tenacre School of Dana Hall. After moving to Cambridge, MA, she attended and graduated from the Buckingham School. She graduated from Wellesley College with B.A. in History, which led to her life interest, work and study in that area.

Ann Lee was a museum guide par excellence. She first volunteered with the Wilmington Junior League as a Spring Tour Guide at Winterthur Museum. Here she began her life-long love and study of the decorative arts. After moving to the Harrisburg area, she was on the staff of the John Harris Mansion and treasurer of the Dauphin County Historical Society. Upon returning to Wilmington, she became curator of Old Swedes Church for five years, where she guided tours, started the gift store for Advent and researched genealogies.

Ann Lee then began a nearly 35-year tenure at Winterthur Museum; first as an apprentice guide and rising to Senior guide, specializing in furniture, clocks and rugs. She organized and led several trips for guides and visits to the major NYC auction houses during Museum week, and mentored new guides. She spoke to Elder Hostel groups and was an avid member of the Decorative Arts Trust. She was member of the Delaware Wellesley Club, serving a term as President.

With both of her parents’ being English, Ann Lee became a true Anglophile. Starting with royalty coloring books and stories and National Velvet (her first movie), Ann Lee embraced British culture and traditions including the British fashion of wearing hats. She traveled to England as often as she was able, twice in her early years, then as a college graduate and twice for Attingham Summer schools: the English Country house and the Royal Collection. At one point, she was thrilled to see the Queen up close at Windsor Castle. On the several times her husband went with her, he was amazed at the breadth and depth of her knowledge.

Ann Lee also loved New England. It was where she was raised and returned as often as possible. She loved the Dalton Place, the Smith family 1770 farmhouse in NH, and the Bugbee family 1890 cottage on Heron Island, ME. She spent many hours on Stone Harbor beach, enjoying the warmth of the sun and sand and the sounds of the ocean.

She loved a good party, throwing it or going to one. She was a very good cook and tried new meals often. Although she planned well, she often said “we’ll make it up as we go along.” Ann Lee had many lifelong friends; she made friends easily and was keen on keeping up with them.

Ann Lee was a huge part of our lives and she will be sorely missed.

Her Celebration of Life will be held on Monday, November 25, 2019 from the Trinity Episcopal Church, 1108 N. Adams Street, Wilmington, DE at 11 am.

In lieu of flowers the family suggests contributions to Winterthur Museum, c/o Philanthropy Donations, 5105 Kennett Pike, Winterthur, DE 19735. Please note on the memo line “In memory of Ann Lee Bugbee.” The funds will be used to support the library where she spent many hours studying the decorative arts. 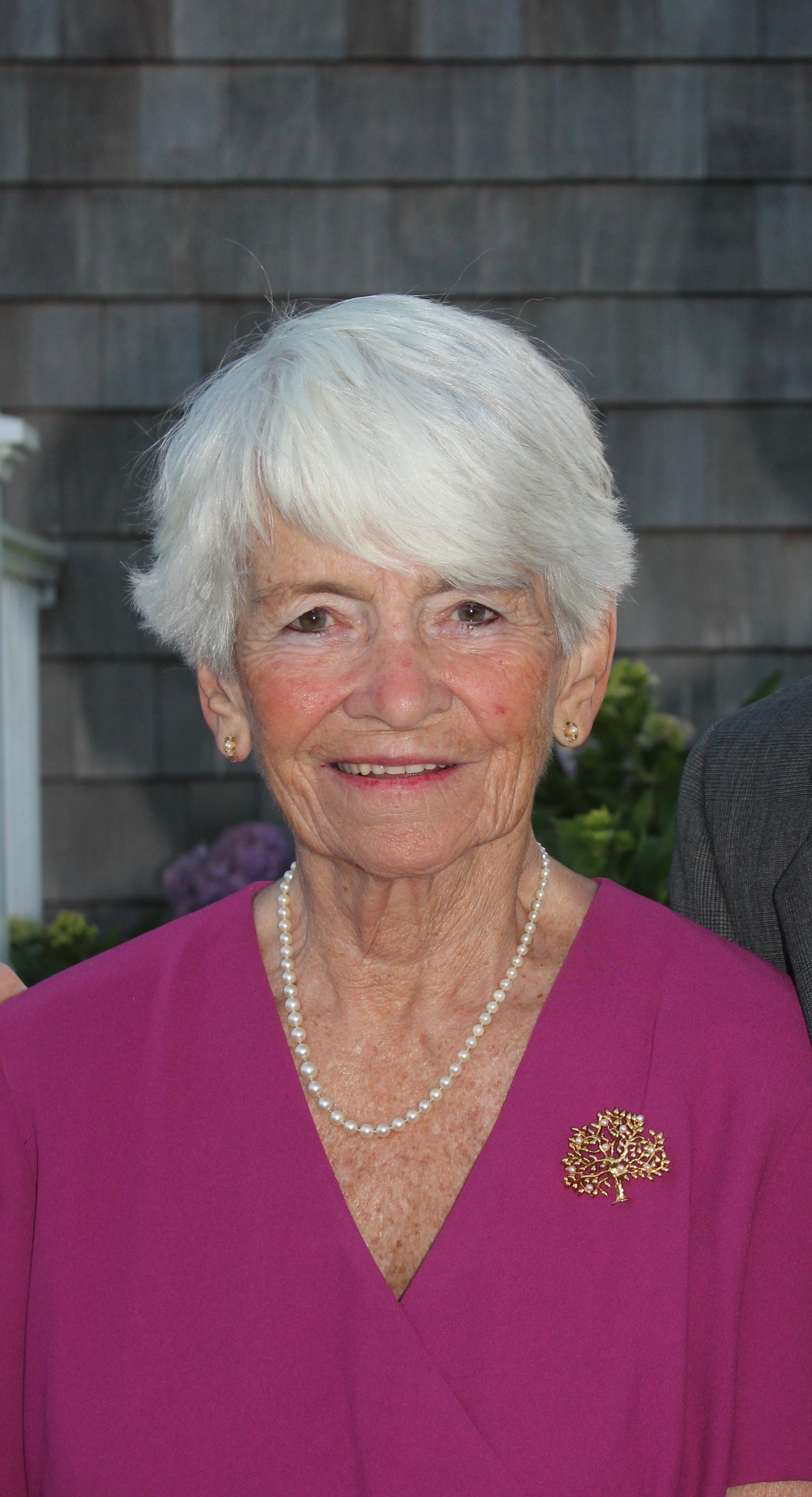 Her Celebration of Life will be held on Monday, November 25, 2019 from the Trinity Episcopal Church, 1108 N. Adams Street, Wilmington, DE at 11 am.

In lieu of flowers the family suggests contributions to Winterthur Museum, c/o Philanthropy Donations, 5105 Kennett Pike, Winterthur, DE 19735. Please note on the memo line “In memory of Ann Lee Bugbee.” The funds will be used to support the library where she spent many hours studying the decorative arts.

Jennifer V. Pierce writes,
So many memories of my Dear Aunty. But being the animal lover I am, I remember her best talking about and scruffling, Scruffles the dog! Miss you, Aunty. Love Jenny
Nancy Peterson writes,
Will be thinking of you all on Monday and in the months to come. I know it will be a beautiful and fitting service. We love you and will also miss her and her cheery countenance and greeting😊
Debra Shedrick writes,
Ann Lee was a gentle scholar whose enthusiasm and passion for her subject helped new guides develop the courage to take on a daunting field of study. She was a mentor, friend, and role model in countless ways. I will miss her very much.
Kathy Fleming writes,
Ann Lee was a friendly and welcoming person to me when I first began guiding at Winterthur 9 years ago. She had known my mother as a guide for many years before I joined Winterthur and always spoke kindly of my mother. She taught me so much as I studied the collections often gave many of us special study tours. I will miss her and will treasure the memory of the Patriot’s Day luncheon she invited me to at her home last year. She promised me that when she got to heaven that she would tell my mother that I had become a guide at Winterthur so I know they are now having a lovely “chin wag” together now. I will always remember Ann Lee.
Jean Raleigh writes,
Ann Lee was certainly an important guide and mentor at Winterthur. We valued her knowledge and friendship! We are thinking of all of you in her family.
Emily Guthrie writes,
We’ve missed seeing Ann Lee in the Winterthur Library in recent months. She was a regular for many years, and loved to sit in the periodical reading room and catch up on all the latest news. With my office being right next to that room, she’d pop in to check on how the library was doing, and to ask what was new. Her support and enthusiasm meant so much to us.
Karen Gerrior writes,
Elizabeth, thinking of you & the boys, your sister/family & your dad but I do know your mom is smiling down on you all. She is very proud of the young ladies you & Sally have become.
Betty Riegel writes,
Sending condolences to the family on your great loss. Ann Lee was always upbeat, friendly and interested in everyone and everything. I also will miss her.
Neal Yarranton lit a candle and writes,
The Yarranton’s of Pembroke Massachusetts, Neal, Kristen, Davis and William, along with Margaret Smith, cousin to Anne Lee, send our deepest sympathy and condolences. Anne Lee was a lovely woman and will be dearly missed.
Linnea Raffaele writes,
Ann Lee was a very special person who gladly shared her vast knowledge of the decorative arts with us at Winterthur. I will miss her.
Rob Rudd writes,
Ann Lee was a friend and mentor to a generation of Winterthur Fellows. My first day guiding (nervous) she came over and said ‘just remember even though you’re new you know more than our visitors do.’ I felt so much relief I could have cried. Ann Lee was so encouraging, supportive and a great mentor to me. I’m so sad to see this. What an amazing person. To her family - please know she has hundreds of fans out there working in museums across the country.
Jeannette Lindvig writes,
Ann Lee was a dear friend and a wonderful mentor at Winterthur. She worked with both my mother and my aunt as guides, so for me she was a precious link to my past. A testament to how beloved she was was her memorial service today, attended by people of all different ages. Ann Lee made friends easily, and knew how to keep them. (I enjoyed her emails filled with emojis. She created a rebus whenever possible!)
Jay Robert Stiefel writes,
Ann Lee remained as enthusiastic and inquisitive about American decorative arts as when I first met her at Winterthur some forty years ago. I shall miss her friendly inquiries and the ever smiling warmth of her presence. My deepest condolences to the family.
Teresa Vivolo writes,
I was saddened to just learn of the passing of Ann Lee Bugbee. I have fond memories of Ann being our Yuletide tour guide in December of 2018, when I gathered my sister, daughter, sisters-in-laws, and nieces together for a girls night out. Ann fit right in with us and was happy to be one of the girls. Everyone got a kick out of her cheeky observations, and we felt like we were getting the insider’s tour. We were lucky to get her that evening! Deepest condolences to her family. I know you must have many memories of Ann that will keep you smiling.