Agnes was born in Wallace, Idaho, the daughter of the late Alfred G. and Grace Pearce. She attended elementary school in Osburn, ID and high school in Wallace, ID.

Agnes served in the U.S. Navy from 1948 to 1952 as a parachute rigger and flight orderly. After her discharge she took up residence in Wilmington, DE where she worked at Topkis Bros. for several years. She also worked 2 seasons at the Wilmington Children’s Zoo and then over 20 years as a veterinary assistant to Dr. William Schwartz.

She cared deeply for her many furry friends and those who had no fur at all. She faithfully attended the Claymont Senior Center where she made many good friends as a member of the ceramics and bridge groups. Her later years were spent tending her vegetable garden and yard.

In addition to her parents, Agnes is predeceased by her two sibling. She is survived by her niece, Margie Koelsch of Spokane, WA., her nephew, Mike Pearce of Rathdrum, ID and her special friend Alice Valdes of Wilmington, DE.

In lieu of flowers, memorial contributions may be made to the Delaware Humane Association, 701 A Street, Wilmington, DE 19801. 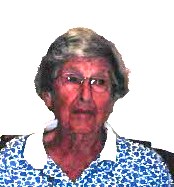 Stacy Dambaugh writes,
Ms. Valdes, I was so sorry to read about Ms. Pearce’s passing. My thoughts are with you. Stacy Retired from Dr. Maleh’s office