Ken graduated from the Alexis I. DuPont High School in 1963, received a B.A. in Political Science from the University of Delaware in 1967 and received a Master’s in Public Administration from Widener University in 2004.

Ken spent his career in public service. He worked with the Delaware Transit Corporation for 22 years, retiring in 2017 as Chief Administrative Officer. Since 2019, Ken has been President of the Delmarva Rail Passengers Association. As a young adult, Ken moderated a local nightly radio talk show and served in the U.S. Army. He served in a variety of leadership positions for Democratic campaigns. Ken approached all of his work as a humanitarian, with a high level of integrity and a commitment to progress.

Ken’s life was defined by lifelong friendships, generosity, service and commitment to family. He was closely involved in Delaware’s Young Democrats. Ken was described by a lifelong friend as representing the backbone of the Democratic party, matching his idealism and an ability to unify people to effect change.

From early on in his career, Ken worked to positively support people. Whether civic engagement and political planning, seeking equity in health care and social services, or access to transit, it was the needs of people which inspired Ken to lead. In 1987 Ken was certified as a Volunteer Addiction Counselor and from 2005 through 2011, Ken was a Board Member at Limen Recovery + Wellness.

Ken is predeceased by his parents, Mary and Kennard H. Potts. He is survived by his sister Emily Potts Wolf (William) of Doylestown, Pennsylvania, and nieces Alexia Wolf of Greenville, Delaware and Wendy Wolf of Miami, Florida.

Memorial contributions may be made to Limen Recovery + Wellness, PO Box 1306, Wilmington, Delaware 19899. 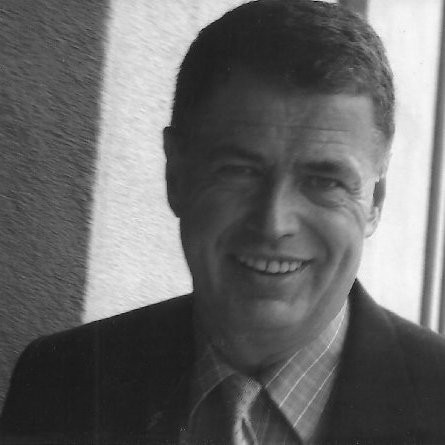 Sean Kriner lit a candle and writes,
Marty and family, we’ve never met, but you’re in my thoughts. I met Ken when I was 17. I’m 57 now. Over the last two years, he played an important role as a friend and mentor. His loss will leave a big hole in my life. But, as he always said to me…”Stop looking at what is wrong, and look at what is right.” I’m grateful for our Sundays together. God is peace, he taught me. I will never forget him for that!
Kevin Corrigan lit a candle and writes,
I am at a loss for words. I met Ken about four years and I knew he was someone special. He was always warm, friendly and honest (even when I did not want to hear it). He will always be in my thoughts.
Andrew Darcy lit a candle and writes,
Ken was an amazing human and will be missed dearly. Prayers to you Ken!
John lit a candle and writes,
A kind and gentle soul who was part of my early recovery. May his friends and family find peace in time of grief.
clinton gangloff lit a candle and writes,
Ken was an amazing man. He was a mentor to many and a cherished friend. He will always remain in my heart.
Rob Carver lit a candle and writes,
I have only known Ken for these last few years, but he has had a tremendous positive impact on me in that short period of time. He was a big man with a big heart. His words always spoken with honesty and with love. I will miss him dearly.
Lauren Skiver lit a candle and writes,
Family and Friends, I worked with Ken at Delaware Transit Corporation for almost two years. He was smart, supportive, and loved transit! We were colleagues, but most importantly, we became friends. When I moved to California and took over SunLine Transit Agency, I called on Ken after his retirement to help us. He jumped right in and worked with our Planning Department to teach some much needed skills. He also worked with our local municipalities on a rail project from LA to the Coachella Valley. I will miss his quick smile and realistic approaches. Ken loved trains, but he loved people most of all. I will miss him immensely and send my thoughts and prayers.
Donna Ouellette writes,
So sorry for your loss 🙏
Tony Forrest lit a candle and writes,
Such a sad loss. I met Ken over 30 years ago and thought the world of him from the start. He bought the home I used to rent and became friends with my former neighbors and friends. Such a gentle, loving soul. You will be sorely missed. 😥
Dave Cannon lit a candle and writes,
I knew Ken for many years and he always had a calming spirit about him. He was a very caring man who was always willing to help others. He will be greatly missed by those of us who knew him.
Steve McCarthy lit a candle and writes,
So sad to learn of Ken's passing he was such as great person. I worked with Ken at Delaware Transit in the 90's and early 2000's. Ken was always amazingly kind, thoughtful and supportive. I think everyone who met Ken or had the pleasure of working with him knew what a kind gentle person he was that just wanted the best for you. My thoughts and prayers to his family and friends. Ken will be missed.
Amy Crouch lit a candle and writes,
Sincere condolences from the Crouch family. Our late father, Tom, was Ken's cousin, and always enjoyed their time together. We remember Ken as always so friendly, with a great smile. May he rest in peace - Jeanne, Julie, Amy and Scott
Barbara Ridge lit a candle and writes,
I knew Ken when he was the Director of the Delaware Association for Children of Alcoholics (DACOA). He was instrumental in forming the agency's policies and programs, which are still in place today. Ken's expertise and caring attitude will be sorely missed. Barbara Ridge, DACOA
Carol Dulin lit a candle and writes,
Ken was the consummate gentleman. I deeply appreciate the humor, intellect, humanity, optimism and wisdom he shared in our many conversations. I will miss him. My deepest sympathy to Marty, family and friends.
Carol Dulin lit a candle and writes,
My deepest sympathy to Marty, family and friends upon Ken’s passing. I valued his humor, intellect, humanity, and joy. I will miss our conversations. Rest In Peace Ken.
Tom Murray lit a candle and writes,
Ken was such a kind friend and neighbor and I was so saddened to hear of his passing. My condolences to his family.