A professor of English literature at the University of Delaware for 47 years, Don was a dedicated teacher who loved lively discourse and the exchange of ideas. He was the truest form of a gentleman and a scholar.

Don’s accomplishments were many, but it was his character, gentleness, and engaging personality that touched everyone he encountered. His unassuming demeanor, respect for others, and genuine delight in the collective pursuit of knowledge made him a singular individual.

Don was born in May 1931 in Akron, Ohio to Donald Charles and Josephine Seiberling Mell. As a child, he attended Old Trail School, and then Western Reserve Academy, graduating in 1949.

He attended Yale University, where he earned his B.A. in 1953. Upon graduation, he served his country in Korea as an Army PFC from 1953-55.

It was during his undergraduate years at Yale when he developed his love of music, especially the organ, studying under the prolific German composer Paul Hindemith. For a fleeting moment, he entertained the idea of a career in music, and even performed once with the Cleveland Chamber Symphony.

Also, at Yale Don was an accomplished student-athlete, playing varsity soccer and was recognized with the All-Ivy Postseason Award. His “soccer buddies” were an important part of his life and Don remained close to his college teammates for decades to come.

Don loved spending summers on Cape Cod, having learned to sail as a young man at the Cape Cod Sea Camps (Monomoy 1945-46).

Arriving on campus at Delaware in the fall of 1968, Don’s gentle nature quickly endeared him to faculty, staff and students, alike. At his core, he was warm, kind and humble. He loved academia, and at UD he thrived.

Don briefly went back into government service at the National Endowment for the Humanities as a Program Officer in the Division of Research Programs during1993-94.

Don’s role as chairperson of the University of Delaware Press Board of Editors from 1997-2015 was perhaps the most fulfilling of all his intellectual pursuits. He cherished the collaboration with board members and Press staff.

Don regularly and enthusiastically supported the American Society for Eighteenth-Century Studies and the Modern Language Association throughout his career. Participating in academic conferences was a thrill for Don, and he made lifelong friends across the country with his understated temperament and good humor.

Don wrote two books, edited four others, and published 15 articles and 28 reviews. His distinctions also include several fellowships, literary prizes, and grants. Don was a member of the Cosmos Club of Washington D.C. and the Yale Club of New York City.

Don is survived by his wife of 62 years, Katherine Lyon Mell, his son, Donald C. Mell, III of Wilmington (Jeanne), and his daughter, Elizabeth of Chester Springs, PA. He was preceded in death by his brothers, Marvin M. and Francis S. “Skip” Mell.

In lieu of flowers, the Mell family requests that donations in Don’s memory be given to the Future Fund of the East Central American Society for 18th Century Studies (EC/ASECS) which will provide scholarship opportunities to graduate students. Payments can be made online with the Future Fund Donate button at: http://www.ec-asecs.org or by check to “Future Fund c/o Dr. Staffel, P.O. Box 52, Bethany WV, 26032.” 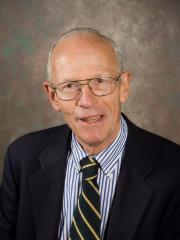 A memorial service to celebrate his life will take place at Christ Church Christiana Hundred at 11:00 a.m. on Friday, November 22.

Carla Mulford writes,
Very saddened by the passing of my friend and former teacher at the University of Delaware, Don Mell, whose courses introduced me to the literature I have spent my career studying. I'll always remember fondly the sparkle that entered his eye and the half-smile that crossed his lips when I asked him quite earnestly, as a first-year MA student, "Dr. Mell, what did wit mean?" Don was thoughtful, witty, and always *always* helpful. Thinking back, I realize now that he was the kindest and most generous person I've known in the academic world. I had a lovely lunchtime with him at the most recent EC/ASECS meeting in Gettysburg. I will treasure his memory always.
Greg Clingham lit a candle and writes,
Don was an exemplary scholar and a gentleman, and I feel honoured to have worked with him--in our editorial capacities at Bucknell University Press and the University of Delaware Press, respectively--for 20 years. I shall miss his kindness and sweetness of temper.
George Justice writes,
I am so saddened about this news, but it makes me happy to reflect upon a person whose life and career did so much good for both his scholarly field and for his colleagues around the world. Don welcomed me at my first conference (EC/ASECS, naturally), and was a friend and colleague from that moment. U of Delaware Press published my book, and so in many ways I owe my career to Don. And since I met my wife at a party hosted by the press at an ASECS conference, I guess I owe marriage, children, etc., to Don, too! This obituary captures many sides of a person who was as effective in the world as he was modest, and sad as I am I delight to read it.
Stephen Bernhardt writes,
Don was a wonderful presence in the department during my years at UD. Always positive, genial, and encouraging, Don displayed the best qualities of collegiality, respect for others, and good humor even in difficult circumstances. He was devoted to the Press, serious about his teaching, and a genuine mentor to young scholars in 18th c studies.
Jill Flynn writes,
I have been missing Don in Memorial (our offices were next door) after his retirement. I am so sorry to hear of his passing. He truly was such a kind and generous colleague. My thoughts are with his family and friends at this difficult time.
Susan Goodman writes,
Dear Kay, I want you to know I am thinking of you during the holidays and sending love, Susan